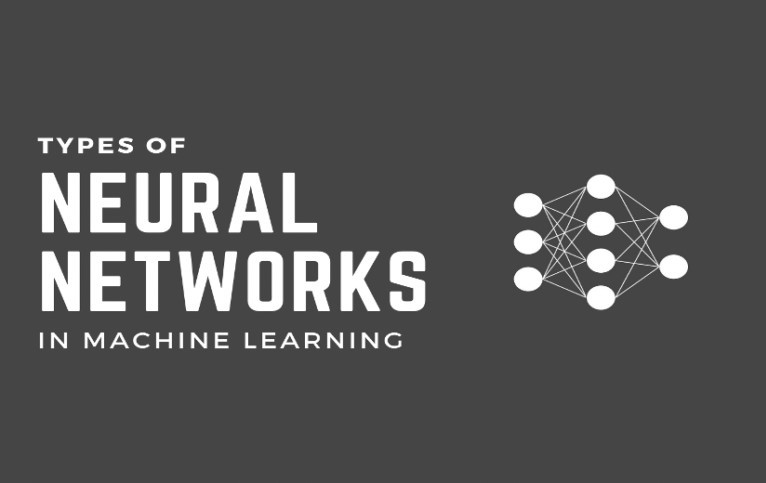 And if you’ve spent any time reading about artificial intelligence, you’ll almost certainly have heard about neural networks. But what are they exactly? Let us find out.

1. What are Neural Networks?

Neural Networks are a genre of models within the general machine learning literature that are used to metamorphose inputs into outputs. The way neural networks operate is inspired by biological neural networks. Sounds strange, No? We will be more convinced towards the end of this composition.

Since neural networks are used in computers, they are collectively called ‘artificial neural networks.’ Like other Machine Learning models, we have to train a neural network with some training data as well, before providing it with a particular problem. These networks are convenient to perform pattern recognition to identify and classify objects. They can also be applied for performing time-series forecasting and modeling.

Now let us have a look at the working of a neural network.

2. Working of a Neural Network

The rudimentary form of a neural network has three functional layers: 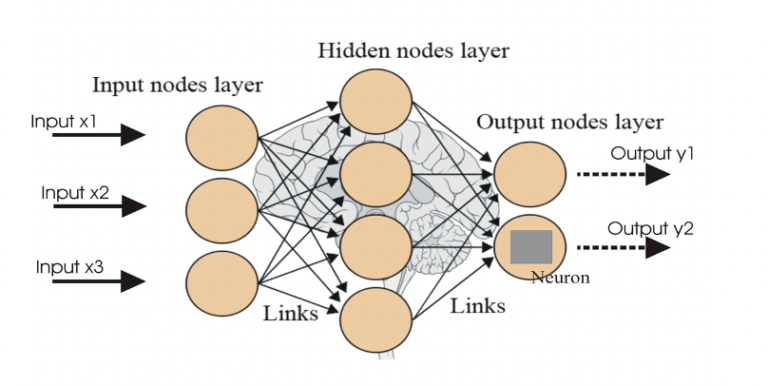 As the names suggest, each of these layers has a dedicated function. Similar to the brain, neural networks are built up of many neurons (nodes) with many connections (links) between them. The input layer picks up the input signals i.e the data from the outside world and transfers them to the next layer. The hidden layer performs all the back-end tasks of calculation according to the requirements. There can be multiple hidden layers in a neural network, however, a neural network has at least one hidden layer. The output layer finally transmits the final result of the hidden layer’s calculation.

In each layer, there are several nodes, or neurons, where the output from each preceding layer acts as the input for the succeeding layer, so neurons interconnect the different layers. Each neuron typically has weights that are adjusted during the learning process, and as the weight decreases or increases, it changes the strength of the signal of that neuron.

In the next section below we will look forward to the types of Neural Networks.

Neural networks are powerful deep learning models that are capable of integrating large amounts of data in seconds. There are many different types of neural networks and each of the neural network types is specific to certain business scenarios and data patterns.

Following are some of the most widely used neural networks. 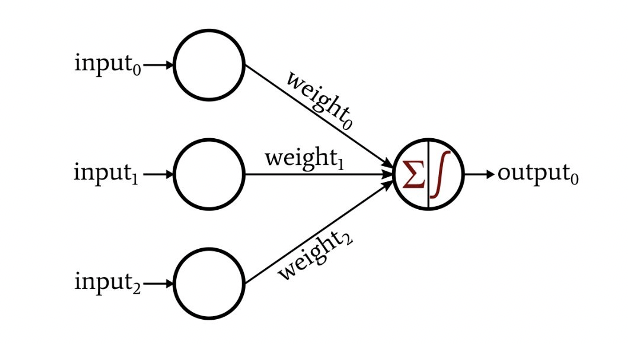 In Perceptron, there are no hidden layers, hence it takes an input and calculates the weighted input for each input node. This weighted input is then passed through an activation function to generate the output.

As it has a simple architecture, it cannot be used for intricate tasks. Instead, Perceptron is used for Logic Gates like AND, OR, or XOR.

Note- A Multilayer Perception is substantially formed from multiple layers of a perceptron.

As the name suggests, the motion of this network is only forward, and it moves till the point it reaches the output node. There is no back feedback to improvise the nodes in different layers and no self-learning mechanism.

These have found useful usage in face recognition modeling and computer vision.

Convolution is nothing but a simple filtering mechanism that enables activation. When this filtering mechanism is repeated, it yields the location and strength of a detected feature. As a result of this ability, these networks are widely used in image processing, natural language processing, recommender systems so as to yield effective results of the important features detected from the input.

The name gives a fair idea that in recurrent neural networks something is recurring. But, what’s that? In RNN the output of a particular layer is saved and is put back into the input again. Here, the first layer will be a feed-forward neural network and subsequently, each node will retain information in the next layers. In doing this, if the prediction is wrong the network will try to re-learn and learn it effectively to the right prediction. Now we have got an idea about the recurring element. 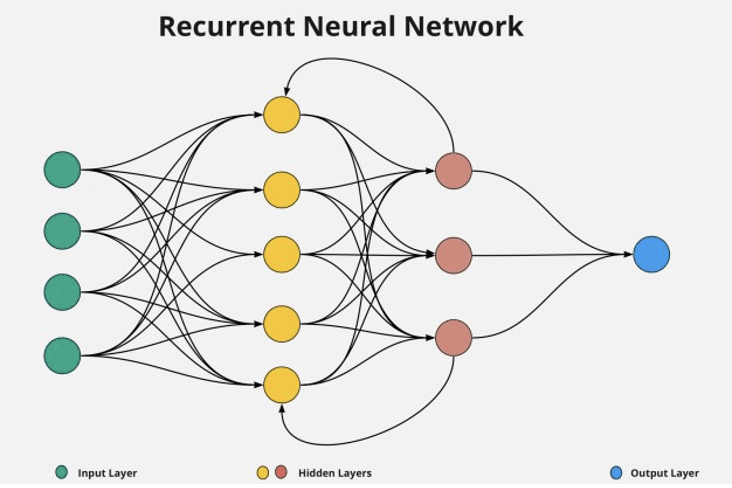 The main instinct in these types of neural networks is the distance of data points with respect to the center. These neural networks have typically 2 layers (hidden and the output layer). The hidden layer has a typical radial basis function. This function helps in reasonable interpolation while fitting the data to it. This comes with the intuition that the points closer are similar in nature and have a similarity with k-NN.

Moving forward to the next neural network type, i.e. Modular Neural Network. As the name suggests modularity is the basic foundation block of this neural network. Modularity here means that independently functioning different networks carry out sub-tasks and since they do not interact with each other the computation speed increases and leads to large complex process work significantly faster by processing individual components. This is similar to how the left and right side of the brain handles things independently, yet be one, a Modular neural network is an analogy to this biological situation. 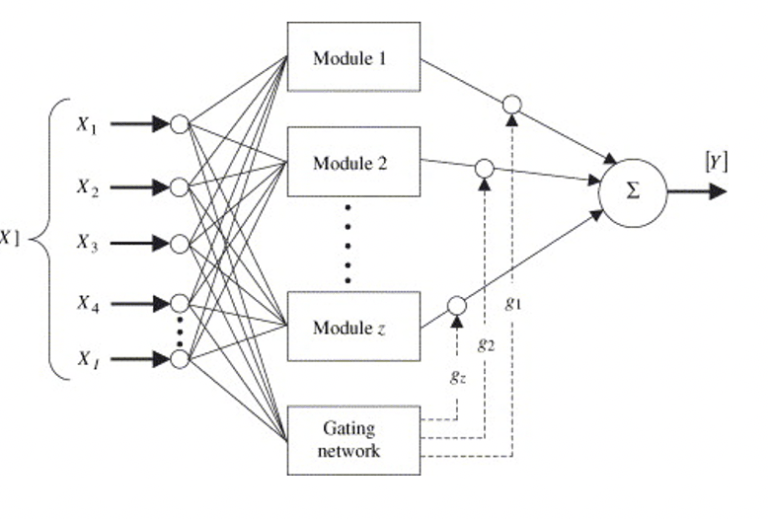 As evident from above, we have a lot of types, but here in this section, we have gone through the most commonly used neural networks in the industry. This might not be the all-inclusive list of different types of Neural Networks, but here we have tried to encapsulate the maximum and widely used ones. And as evident from the algorithm on how neural networks work, it has huge potential to learn, re-learn and grow organically unlike machine learning which gets stagnated after a few iterations.

We, at Datatron, provide an enterprise-grade platform that helps you to supervise your Machine Learning models for high precision deployment to meet the regulatory requirements and effective management of the entire production machine learning life cycle.

What is Model Validation and Why is it Important?

The Machine Learning Lifecycle and MLOps: Building and Operationalizing ML Models (Part I)